3 Things to Know before you Start Sharing your own Story

Sharing your own story for the first time, can be daunting and brings up a lot of fear. I experienced it myself several months ago when I shared my own story in my Facebook Group. Today, I want to help you prepare BEFORE you go out and share your story.

Feelings are a big topic in regards to sharing your story so I’m going split it up into categories.

As much as it is awesome to share without preparing, sometimes taking that little bit of extra time will be worth it.

Before I shared my own story, I wrote notes on the key points I wanted to share and I made sure that I was sharing from a positive place. A place where people can see the bad stuff but also see the journey from there and the lessons learnt.

I also got triggered by the events I wanted to share so I had to learn or rather take care of myself and deal with some emotions that hadn’t been dealt with at the time of the event.

Pro tip: write out your story roughly and deal with any emotions/feelings that come up.

While I shared, I felt emotions come up as my Group began to interact. It made me self-conscious and afraid.

I was in the middle of a Live stream so I had the choice of stopping or continuing. I was ashamed of them seeing me so vulnerable. But I knew why I was doing it [more to follow later] and so I pushed through.

Pro tip: decide what you will do if emotions arise during the telling of your story.

After I shared, I felt exhausted – both physically and mentally – and I also felt energised. I later discovered that was adrenaline. It often comes when sharing a personal story.

I took the next few days off and recovered. I struggled to deal with feelings of guilt and fear as I got comments and feedback from sharing. I was fully stepping into my life and this was my first taste of it.

Pro tip: decide how you will give yourself some ME time after sharing.

When I was going to share, my coach asked me, “Why now?”

“Why are you sharing now? What has changed?”

I never fully answered her but now as I write this, I know that she was asking about my purpose in opening up. To be honest, my soul knew the purpose and I have only just caught up now!

I wanted to share because sharing stories is what I love. It’s what brings me joy and peace. It lights me up.

When you share, you need to know what the purpose is, what the goal is for those hearing or listening will be.

When you share your story, there is a message behind it. Do you know what it is?

There are also ‘subplots’ or subconscious messages buried in our stories do you know what they are?

You want to make sure that your audience picks up the right message to connect, respond and respect you and your beliefs.

Pro tip: find the message in your story.

I know that sharing your story can be scary but it can also be liberating! Are you ready to share yours?

Mandy Halgreen
Hi, I'm Mandy and I help online entrepreneurs and people find their book idea and share it to inspire and motivate others! Find the right idea for your business at bit.ly/freebookideacourse
Recent Posts 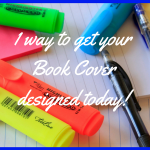