Your main characters need to hold their own against the protagonist.

Here are some examples:

In all these cases the protagonist finds a problem in being paired with the other main character or characters. Though they are enhanced by the contrast as well.

Characters can come from nowhere, others from dreams or from everyday experiences. Most often, writers are said to use a real person and make them change into someone who exists only in the novel.

As you create main characters, ensure they contrast to the protagonist in some way. Each character, including the protagonist, needs to be distinct and use the differences to drive the plot and form conflict.

Backstories (not needed for walk-on characters)

In many novels, one of the characters plays the role of villain or antagonist. Their goal is to obstruct the protagonist from reaching their goal.

The villain in your novel cannot be purely evil – they need to have some aspect to their make-up that makes them appealing to readers.  Try to understand why your villain does what he does. Consider the motivations (greed, jealousy etc.) but go a step further and get in their head – so to speak – and see the protagonist’s goal from their perspective. A villain’s actions must be rationalised!

The villain’s backstory must help in making him the way he is too take the time to sketch out your villain with as much time as you used on your protagonist.

When creating the credible villain ask yourself the following:

When they are believable they are much more interesting to the reader. Creating the backstory is essential in understanding your villain! A character who had no redeeming qualities and is all bad is an old-fashioned cliché – avoid it!

Supporting characters are less important that main characters and as such they require a lot less planning. They are often defined by their relationship to the protagonist.

Here are some examples of roles supporting characters can take:

Some characters can be planned in advance – other show up as you write, initially as a walk-on or minor character and take on a more meaningful role.

You do not have to plan for these characters – unless they come in at a very important time in your novel – it is inevitable that you will have walk-ons in your novel.

Some minor characters will have names and all will need a sense of physical presence. The attention you pay to them determines how important the character is to the protagonist and the story.

The supporting characters also need names but consider making them fit the person. Your readers will need to keep them straight, so try to make them unique to each character. Nicknames are easy for readers to remember and give an insight into the characters personality.

Names can be found in baby name books, in census lists from the past and present, the telephone directory or Google.  Create a list of name you consider ‘keepers’ and add to it as you find new names.

Help the readers keep the names straight by giving the characters distinctive names.

Here are some tips:

It’s a good idea to keep an inventory of your characters and their names along with any features they have. It can be of great help especially if you have characters that only appear sporadically.

Mandy Halgreen
Hi, I'm Mandy and I help online entrepreneurs and people find their book idea and share it to inspire and motivate others! Find the right idea for your business at bit.ly/freebookideacourse
Recommended Posts 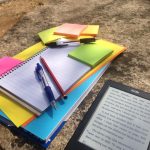 A practical guide to your ProtagonistEntertainment, Novels
Intensive writing breakthrough!Novels